There. Stalk all you want.

Aha! I’m back in Penang till the 17th or so? Because Karen’s dad invited me for some leadership camp (err, also to help you deal with work-related stress,ahem.) in the middle of nowhere, Pahang. It’s all paid for/free and Karen will be there so it sounds FUN. Hehe. No, not being sarcastic. I genuinely enjoy camps, I’m sure there’ll be at least ONE fun/interesting thing there.

I just got back from KL a few hours back, took the stupid purple bus at 3pm. 74 bucks seriously wtf. *kicks bus people’s shins* RIPOFF ARTISTS! (FHIF reference) But my uncle paid for it so yeah. Was supposed to take the later (and cheaper) bus at 4, but that one full oredi, so what to do lor.  They don’t serve sandwiches anymore, they give you this really disgusting  cream filled bun with raisins. Thing is, I really, really love cream buns. Even though I KNOW I’ll feel verryyy sick afterwards, I’ll still scoff the damn thing. I felt so bad the rest of the trip. At least you get unlimited cups of very weak tea, kept bugging stewardess to get me more, hehe. My uncle bumped (quite literally) into his friends when we got out of the car, they were like, “Heyyy Daryll, long time no see!” and he was probs like, ” Heyyyy pregnant laaydehh, OP OP OP.”. Sorry, I’m being veli rude again. *slaps self* But yeah they sat riight behind me, I sat with this nice lady who had very nice eyelashes (she was asleep half the trip, when she wasn’t making calls).

So anyways, before I get to the point, I hate the new youtube layout. It was fine before. Perfect, really. DON’T GOOO CHANGIN, TO TRY AND PELASE MEEH.

Left Penang in the afternoonish, picked grandma up, vaguely remember being extremely cranky. Was asleep the whole drive there, woke up starving, listened to random shit I consider music on my mp3 player till the battery died. 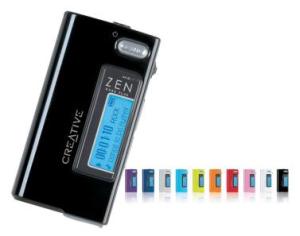 Only thing is it runs on AAA batteries, not very eco-friendly. And has like 1GB of memory. Not a lot leh.

Reached my uncle’s condo, realized we left my boots in the other car (in PENANG), cried, went upstairs, had iranian food, conked out.

We had a seminar the next day, for 3 days straight. 12 hours a day, at Mines’ Convention Center. So exhausting, yet so fun. Besides the having to wheel my grandma around part (yes yes, being a very spoilt selfish brat over here), it was an amazing experience. I’ll blog about that in another post.

Okaayyy , so after the seminar ended on sunday, I slept the whole of monday. I was awakened by my uncle’s loud voice around dinnertime (methinks he was yelling about the lights again, “YOU THINK MY HOUSE IS A BLOODY XMAS TREE IS IT, Y U TURN ON SO MANY LIGHTS FOR WHAT.”). Was feeling groggy, dragged self out of bed, had like….my uncle’s faymoose holiao burgers.

I MET UP WITH FRIENDS OMFG. Finally got to meet Haru again (met her at the gingerbread camp thing last year), Karen and Adrian (d’aww <3) were there too, and Aqualeaf and Shun bby. Watched Rise of the Guardians together, and it was actually pretty disappointing. At least I had a nice person to talk to during the movie (so rude,  i know.) but  Jack Frost is such a cutie hehe. ❤ ❤ ❤ Then we walked all over looking for lunch (okay lah that one partly my fault because I was being a wee bit fussy) and finally settled on the food court and had pan mee. Yes, I took ages, shuddap larh u.

Also we tried out one of those “How passionate are you?” machines and SOMEONE’s a dead fish. didn’t need a machine to tell him that.

Then we went back to the arcade. I detest arcades because I suck at everything there, and  I can never win anything from the claw machines unless I spend hundreds on tokens (YES I AM JUST THAT BAD). Everyone else was having a fab time though, good for them. (HAPPY SYNTHESIZER PLS GET OUT OF ME HEAD OKIE THANK)

Then Karen and I decided to watch Perks by ourselves (EVERYONE ELSE WAS TOO BUSY PLAYING MaiMai) AND IT WAS SO  AMAZING I REALLY CAN’T EVEN BEGIN TO DESCRIBE IT. DEFO  ONE OF THE BEST MOVIES OF 2012, EVEN THOUGH I DIDN’T GET A CHANCE TO READ THE BOOK. I ALMOST CRIED.

By the time the movie ended everyone had left (NOW THE PARTY DON’T START TILL I WALK INNN). Everyone except Adrian, because he has all the time in the world to wait for us. We walked around, they got some disgusting cream puffs, we sat at MPH reading “How to make out in Arabic/ Chinese”, I got a wig cap, went to look at cds, uncle came, adrian had to leave, went for dinner….

My beloved Giraffe really does love steak. I also never ever want to go to Tony Romas’ ever again, the portions are HUGE. Meh, but everyone else enjoyed their dinner. And during dinner Karen’s mum called and told us that MY mum wasn’t feeling well and wanted cream puffs. Err, yes, my mother gets strange cravings when she’s down with food poisoning. Got mum’s stuff, dropped Karen off at Mcds, she went back to PD, got home, gave mum her….cure for food poisoning (cream puffs, ORS, and panadols) and she felt better the next day. Good enough to drive back to Penang. Left me all alone. Waah.

So wednesday was pretty much another rest day, on thursday Karen picked me up again to hang out and do some shoppingggg (*said in extremely girly voice*). There were a few complications because I thought SHE was staying over and  SHE thought I was going to PD. huh. so anyways it was agreed I stay at her place for the night (she also didn’t bring the case for her contacts and sleeping them can prove to be DEADLY. :O) and off we went~ First stop was at…Ikea? Her dad dropped us off and went for his meetings. LUNCH!!! Oh goodness me, my dear pet apparently does not delight in consuming meatballs (which is sad because I love them to bits). She was on a liquid diet apparently, one which consists of soup, juice, and a bowl of…..steamed broccoli with some suspicious looking white sauce poured on it (poor bby isn’t bulimic, she’s just bulimist.). Chit-chatted during lunch, complained about how slow I was eating, the usual. Then we went into random salons and asked how much would it cost if she wanted to ombre her hair. They didn’t do it there, so she decided to stick with the salon she already had an appointment with. Walked around some more looking at overpriced clothes, went to Daiso, got stockings, la-di-da~~~

Oh and when we went to Borders Karen made me read 50 Shades of Grey with her. It’s quite possibly the worst book I’ve ever read, and I’ve read Twilight. It’s just really, really, badly written okay. (PS: she’s in love with Christian Grey)

Then we went over to the Ikano place or whatever and went to Sasa and got face masks (Karen’s didn’t really work, mine made me feel really refreshed and my face….feels so smooth wan. XD) and nail polish~ Then we went to some random shop that sold party stuff and special effects makeup and Karen bought fake blood capsules! Time to go to the salon for Karen’s ombre-ing~

The place was in Taman Segar (idk I’m just repeating what Karen just told me over chat lol) and she found it through the owner’s daughter’s blog. And……..

hahahahhahahha yes I enjoy teasing her okay. told her to do proper research, she dowan.

so the whole process took about 3 hours and frankly I wasn’t too keen on doing it or getting highlights because I’ve grown past my 7th grade emo phase. Karen’s a late bloomer. hehehehe. But I still really love seeing red hair on people, though it’d look horrid on me. :(( *crey crey*

I was bored to tears. One can only read so many magazines about how to spice up your love life. But Giraffe was enjoying every moment of it, I’m glad she was, I was dying. Was texting random people so that entertained me for a bit. When it was FINALLY done it looked sooo fab, I’m just too much of a lazy hippo to bother her for a picture.

We had some pao, then walked to Leisure Mall and checked some stuff out there. Took some xmas-ey pictures (in which Karen looks so gorgeous but of course she had to photoshop her nose smaller) and I looked like a fat hippo who’s been eating like, well, an elephant. Ah well, at least we got xmas  pics.

Browsed through random stuff at Popular, smirked at random copies of 50 Shades of Grey, Karen’s mum called, went down to Oldtown for dinner…….can’t really remember the rest, but there is this one bit;

KAREN REALLY DIDN’T WANT TO GO. BUT I DRAGGED HER INTO A SPEEDY VIDEO STORE, AND GUESS WHAT WAS ON SALE?

NOT JUST ANY OLD RANDOM ANIME DVDS, STUFF THAT I’VE WANTED TO GET FOR A LONG TIME, AND GUESS WHAT I FINALLY GOT?

Went to some restaurant nearby and had porridge and dishes for supper, really tired, got home, went online for a bit, watched a bit of Code Geese….

Tried to get some sleep, but I had to go onlineeee.

Went for Ciel Harem’s picnic/get-together thing, was fun, sun so hot, cyberjaya really is in the middle of nowhere, blah blah can’t remember.